Inspire to Guide, Challenge and Achieve.

We believe every child deserves the best possible start in life and the support that enables them to fulfil their potential. Children develop quickly in the early years and a child’s experiences between birth and age five have a major impact on their future life chances. A secure, safe and happy childhood is important in its own right.

Good parenting and high quality early learning together provide the foundation children need to make the most of their abilities and talents as they grow up.

The Early Years Foundation Stage (EYFS) sets the standards that all early years providers must meet to ensure that children learn and develop well and are kept healthy and safe. It promotes teaching and learning to ensure children’s ‘school readiness’ and gives children the broad range of knowledge and skills that provide the right foundation for good future progress through school and life.

The New EYFS seeks to provide:

The overarching principles are:

In Learning and Development there are 7 areas which make up the curriculum: 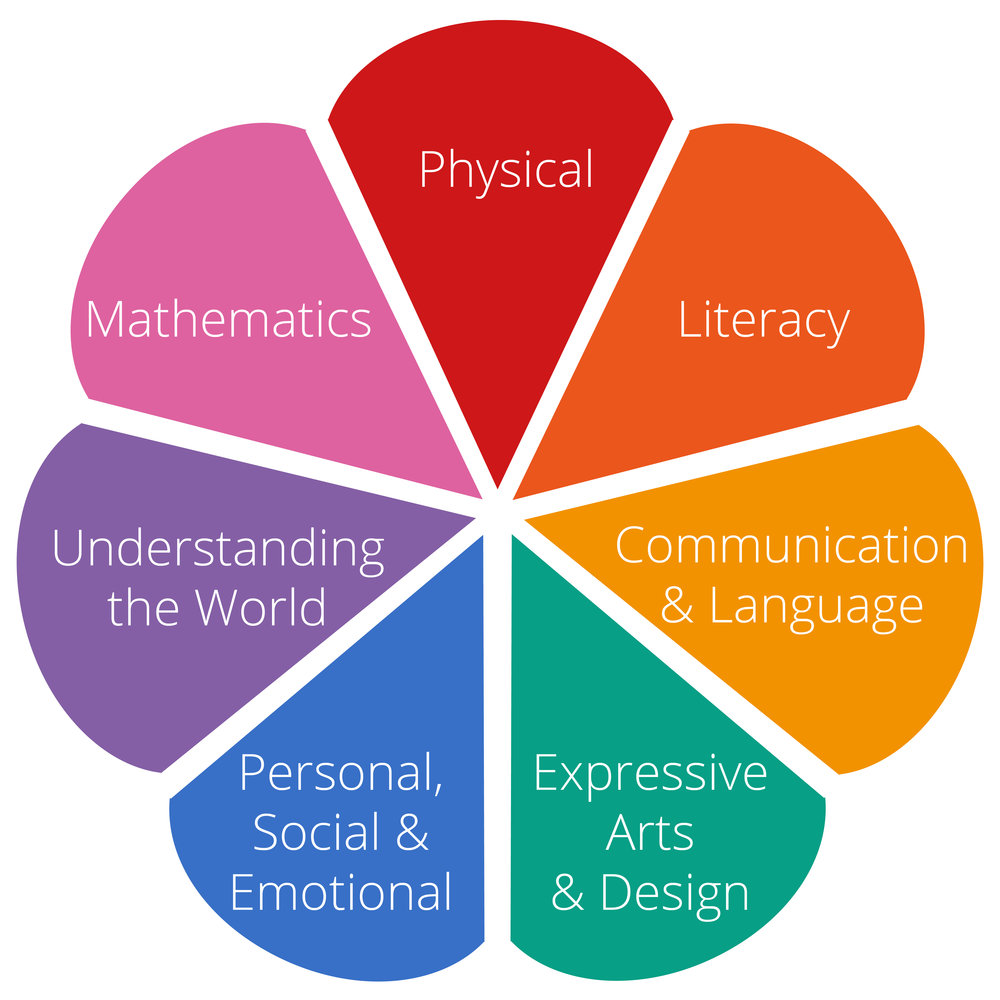 By adult-led curriculum we mean: all the things that we want children to know, experience and be able to do as a result of their time in our early years.  Our curriculum has huge emphasis on developing communication and vocabulary.

We designed our curriculum with the particular strengths and needs of our Grange Valley children in mind. Our curriculum is carefully planned to ensure children in Nursery and Reception make progress towards meeting our early years goals that link to our KS1 and KS2 learning. Our goals provide an overview of many of the different things we would like children to know and be able to do.

We offer scaffolding and extra support to help every child to access the curriculum and to ensure they make progress through it.

For most of the time, children at Grange Valley are engaged in exploration and play- based learning which is well-resourced and well-supported. Children have significant choice and independence as they play. This supports their developing confidence, independence, collaboration, persistence and self-regulation. Exploration and play-based learning can be chosen entirely by the child or can be guided by the practitioners in a playful way.

Practitioners have a key role in supporting this learning by developing episodes of joint adult/child attention and listening to the children and developing conversations with them. Practitioners gently challenge children’s thinking. They provide suggestions and resources over time which make the learning more challenging. They use new vocabulary naturally and repeatedly, so children use and learn those words. As practitioners interact with the children minute-by-minute, they are reflecting on how their interactions can support further learning.

In our Early Years Foundation Stage (EYFS), we follow the 'Development Matters in the EYFS' non-statutory framework produced by Early Education. This is a nationally recognised progression framework and used in EYFS settings across the country. At the end of the EYFS, we will judge the children against the national 'Early Learning Goals' as stated in ‘Statutory Framework for the Early Years Foundation Stage’.

The booklet below informs you about the development steps your child needs make to help them reach a good level of development at the end of reception.

Reading and Phonics in Early Years

Phase One concentrates on developing children’s speaking and listening skills and lays the foundations for the phonic work which starts in Phase 2. The emphasis during Phase 1 is to get children attuned to the sounds around them and ready to begin developing oral blending and segmenting skills.

The activities introduced in Phase 1 are intended to continue throughout the following phases, as lots of practice is needed before children will become confident in their phonic knowledge and skills.

Phase 1 is divided into seven aspects:

The aim of this aspect is to raise children’s awareness of the sounds around them and to develop their listening skills. Activities suggested may include going on a listening walk, drumming on different items outside and comparing the sounds, playing a sounds lotto game and making shakers.

This aspect aims to develop children’s awareness of sounds made by various instruments and noise makers. Activities include comparing and matching sound makers, playing instruments alongside a story and making loud and quiet sounds.

The aim of this aspect is to develop children’s awareness of sounds and rhythms. Activities include singing songs and action rhymes, listening to music and developing a sounds vocabulary.

This aspect aims to develop children’s appreciation and experiences of rhythm and rhyme in speech. Activities include rhyming stories, rhyming bingo, clapping out the syllables in words and odd one out.

The focus is on initial sounds of words, with activities including I-Spy type games and matching objects which begin with the same sound.

The aim is to distinguish between different vocal sounds and to begin oral blending and segmenting. Activities may include Metal Mike, where children feed pictures of objects into a toy robot’s mouth and the teacher sounds out the name of the object in a robot voice – /c/-/u/-/p/ cup, with the children joining in.

In this aspect, the main aim is to develop oral blending and segmenting skills.

We use necessary cookies to make our site work. We'd also like to set optional analytics cookies to help us improve it. We won't set optional cookies unless you enable them. Using this tool will set a cookie on your device to remember your preferences.

Necessary cookies enable core functionality such as security, network management, and accessibility. You may disable these by changing your browser settings, but this may affect how the website functions.